Venezuela’s Yulimar Rojas set a new world record – the first to be broken at the Tokyo Games – as she won Olympic gold in the triple jump.

“I’m lost for words, I can’t describe this feeling and this moment,” said the 25-year-old. “Gold medal winner, with an Olympic record, and a world record – wow. It is a fantastic night.” 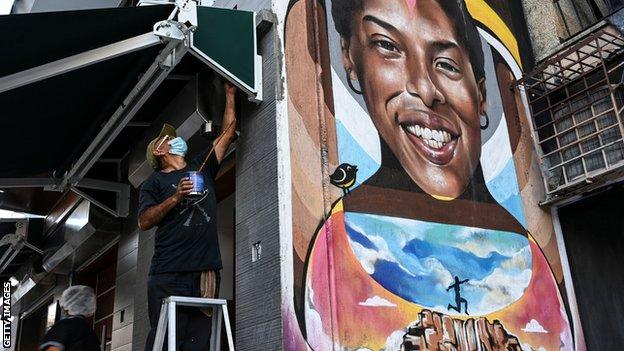 Rojas’ achievements, which include world titles in 2017 and 2019, mean she is already a national hero in Venezuela, where a mural depicting her leaping over Angel Falls has been painted in the capital Caracas, near to where she grew up.

Her popularity is likely to soar even further after her record-breaking effort in Tokyo, which came on her sixth and final jump after gold had already been assured.

“I was looking for it. I knew we had that distance in my legs to get it today. I was failing a bit in the technical aspect, but the last jump was one to give everything,” added Rojas after Sunday’s triumph.

“I focused on giving my best, enjoying it, and it came out. It makes me happy. I have to enjoy it now and live the experience.”