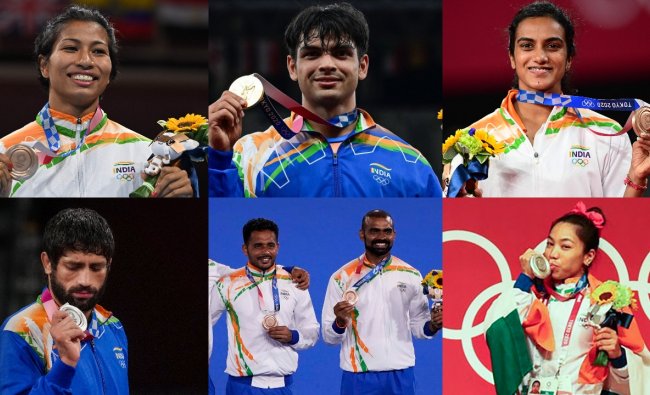 Members of the women’s hockey team, who performed exceptionally well but finished fourth after reaching their maiden semi-final at the Olympics, were given Rs 50 lakh each and so was golfer, Aditi Ashok, who narrowly missed out on a bronze medal.

All 10 players from UP who participated in the Olympics have given an additional Rs 25 lakh. CM Adityanath lauded India’s best-ever show at an Olympic event and praised the athletes for delivering their best for the country despite the pandemic.

“On behalf of all of you, I would congratulate all the athletes who represented the nation at Tokyo 2020. All these athletes gave their best performance for the country despite the covid pandemic. It shows that every athlete plays for the entire and they do not see anything else apart from the country,” Adityanath said during the event.

The UP government had earlier announced that athletes from the state who win a gold medal at the Olympics in individual events would be given Rs 6 crore, silver medalists will get 4 crores while bronze medalists from the state will be given 2 crores. In team events, the UP government would give 3 crores for gold medals, 2 crores for silver medals, and 1 crore for bronze medals.

Adityanath stressed that the UP government was determined to promote sports in the state as a result of which 31 stadiums have already been built in the state. He also announced that a Sports University will be built in Meerut which will be named after legendary hockey player Major Dhyan Chand.