Taliban militants have reached the outskirts of Afghanistan’s capital, Kabul, after taking control of most of the rest of the country.

Afghan security forces are still controlling central Kabul, but it is not clear for how long

The interior minister says negotiations have taken place to ensure a peaceful transition of power.

A Taliban statement says fighters had been ordered to remain on the edges of the capital.

“We assure the people in Afghanistan – there will be no revenge on anyone,” a Taliban spokesman told the BBC.

Russia is planning to convene an emergency meeting of the UN Security Council to discuss the situation in Afghanistan.

It says it will not be closing its embassy, because it has been provided with security assurances by the Taliban. 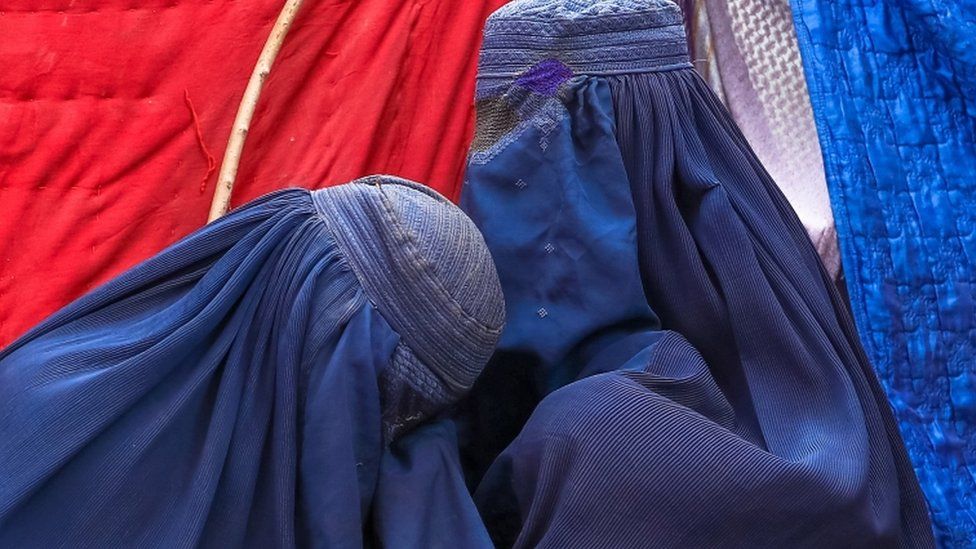 It is almost 20 years since the Taliban were ousted by a US-led military coalition.

Bagram airfield and prison, about 40km (25 miles) north of the city centre, are in Taliban hands, the militants say.

Once the largest American military facility in Afghanistan, the complex was evacuated by the US military in the dead of night on 2 July.

resident Joe Biden has defended his decision to speed up the US withdrawal, saying he could not justify an “endless American presence in the middle of another country’s civil conflict”.

The US now is evacuating staff from its Kabul embassy – with people seen boarding military planes at the airport, where 5,000 US troops have been deployed to help with the operation.

Earlier on Sunday, militants took control of Jalalabad, a key eastern city, without a fight.

This means the Taliban have secured the roads connecting the country with Pakistan.

How are residents reacting?

Mainly with panic – some trying to reach the airport, many abandoning their cars and opting to walk because of traffic jams. 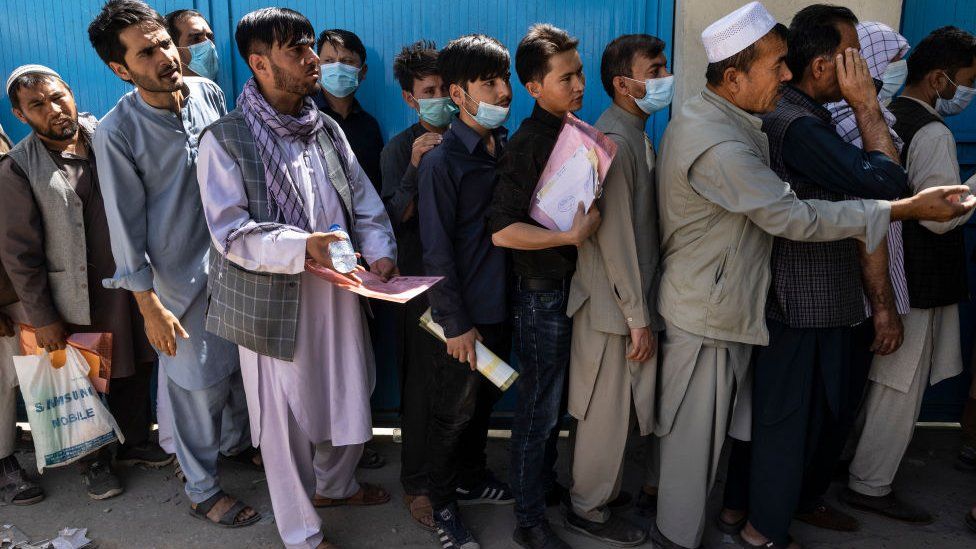 There have been chaotic scenes as people try to withdraw cash from ATMs and others queue to get travel documents at the passport office and at foreign visa centres.

Taliban spokesman Suhail Shaheen told the BBC that people in Kabul have no need to worry and their properties and lives are safe.

“We are the servants of the people and of this country,” he said.

The militants did not want Afghans to flee but to stay and help with the post-conflict reconstruction, Mr Shaheen stressed.

A Taliban government would give women the right to education and work, he added.

A psychological game of warfare

The future of President Ashraf Ghani’s government increasingly looks untenable. The Taliban are poised to take Kabul – it is possible that many of their fighters could have infiltrated or are living inside the city as well.

The militants are aware any fighting over Kabul will result in huge civilian casualties – and want to send a message to the international community that Taliban 2.0 are different from their earlier incarnation.

They have given safe passage to most soldiers and government officials who have surrendered in other provinces. Their psychological warfare against the security forces has worked so far – several provinces have been handed over without a fight.

They may play the same game in Kabul as Western nations evacuate their nationals. And it would not be surprising if some local Taliban leaders try to score another propaganda victory in the coming days by supervising US and UK evacuations.