Chattopadhyaya, as per the order, will oversee the office of the DGP until a new appointment is made.

This may be noted that Navjot Singh Sidhu, the state Congress chief, had pushed for Chattopadhyaya to be appointed Punjab DGP after Captain (Retd) Amarinder Singh resigned as Chief Minister. Chattopadhyaya investigated the financial dealings of the Badal family during the Congress administration from 2007 to 2012. 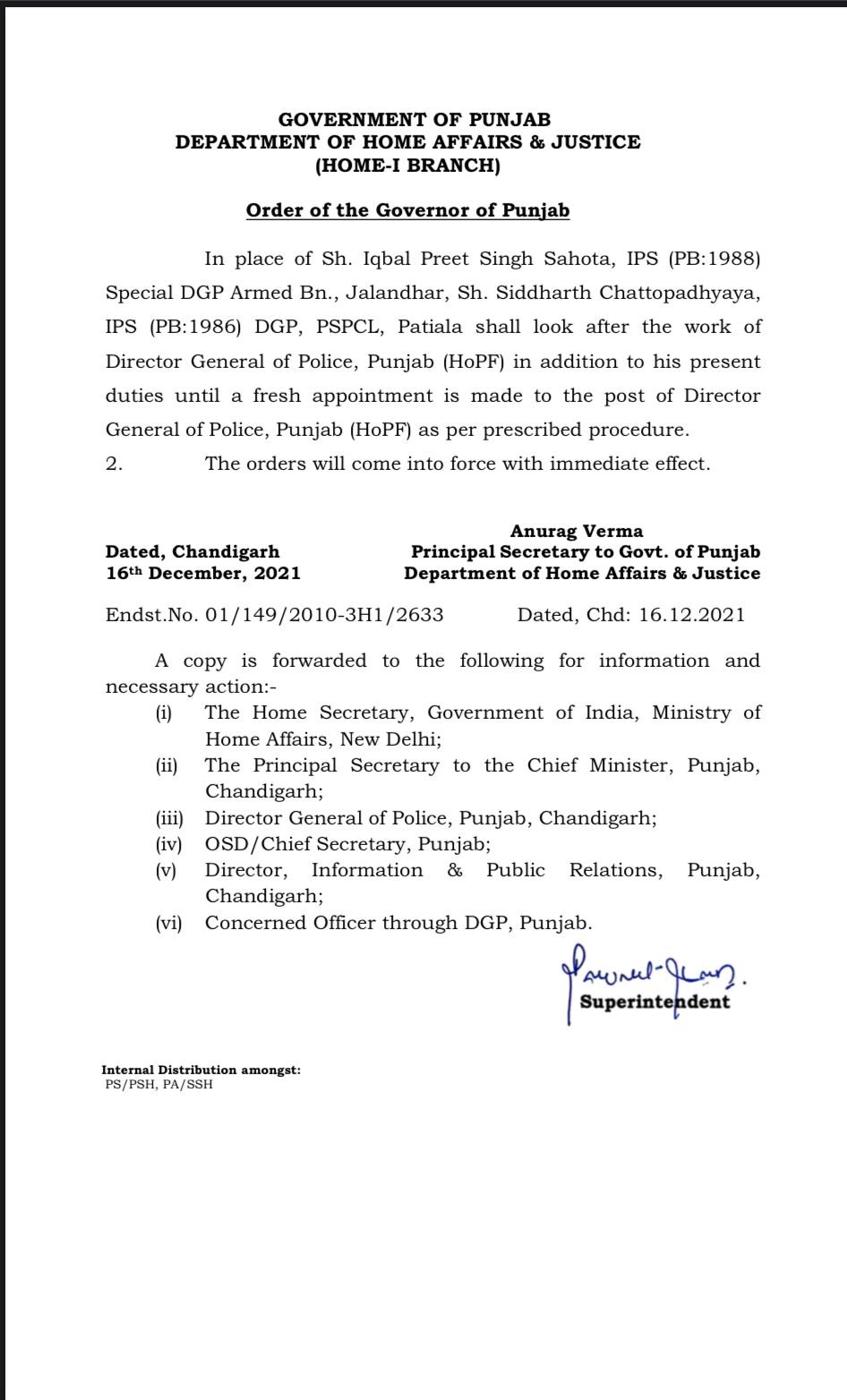 On December 21, the UPSC will convene the Empanelment Committee meeting to select the new Punjab Director General of Police. Notably, the Punjab government, on September 30, sent a panel of 10 officers to the UPSC that included Iqbal Preet Singh Sahota, an IPS officer of the 1988 batch.

Three IPS officers would be shortlisted by the Empanelment Committee while considering their service records and other factors. It would then be up to the state government to select the next DGP from among the shortlisted officers.

After Charanjit Singh Channi became Punjab’s CM, Sidhu was not pleased with the appointment of Sahota as officiating DGP. He had questioned Sahota’s conduct in handling the case of sacrilege of Guru Granth Sahib and police firing in 2015. The allegations were refuted by Sahota.

Following Sidhu’s pressure, the government, led by Chief Minister Charanjit Singh Channi, sent the panel of 10 officers to the UPSC on September 30, ensuring Chattopadhyaya remained in the running for the post of DGP.

A candidate for the position should have six months remaining on their service period, as per the norm. Chattopadhyaya will retire on March 31, 2022.

Among the officers whose names have been sent to the UPSC is Dinkar Gupta of the 1987 batch. CM Amarinder Singh’s ouster led to the replacement of Gupta with Sahota as DGP.