The project is spread across a massive 5 lakh square feet with over 40 ancient temples restored and beautified. As many as 23 new buildings were constructed to provide diverse facilities for the devotees.

The foundation stone for the project was laid by PM Modi on March 8, 2019.

PM Modi is expected to reach Varanasi airport on Monday morning and then travel to Sampurnanand Sanskrit University campus by helicopter. He will then travel to Kal Bhairav Mandir and then take a water route to reach the ghat adjoining the corridor.

“Prime Minister Modi will reach Kashi Vishwanath Dham from the ghat side, and then inaugurate the corridor. He will take a walk in the premises of the new corridor, and see the buildings erected,” the Varanasi DM told ANI. The programme will last about 2-3 hours.

Over 3,000 seers, artistes and other noted personalities have assembled at the venue to witness the inauguration on Monday, December 13.

A team of about 100 people including 55 camera persons, senior officials and other staff are currently camping in the holy city, to “showcase tomorrow, ‘Divya Kashi, Bhavya Kashi’ to the masses. KASHI CORRIDOR TO SPREAD THE MESSAGE OF ENVIRONMENTAL PROTECTION

To spread the message of environmental protection, the newly constructed Kashi Corridor will be adorned by Rudraksh, Bael, Parijat, Amla, Ashok trees. Special arrangements have been made for planting the trees all across the temple premises and mandir chowk.

The chief ministers of 12 BJP-ruled states will attend a two-day conclave in Varanasi from Monday in which nine deputy chief ministers of the party will also participate to deliberate on a wide range of subjects relating to good governance.

Different buildings for various religious functions and facilities have been constructed. Three passenger facilitation centers have been set up in Vishwanath Dham. Also, facilities like lockers, ticket counters, shops selling puja items for devotees will be available.

KASHI VISHWANATH DHAM PRASAD TO BE DISTRIBUTED AMONG 8 LAKH FAMILIES

The Varanasi district administration will distribute laddoos to 8 lakh households in the city on this occasion. Around 28 to 30 lakh laddoos will be distributed, the preparation for which has already started. Every packet would have two to four laddoos depending upon their size. A booklet would also be distributed along with the sweets containing information about the spiritual importance of the Kashi Vishwanath Temple, which was one of the 12 ‘Jyotirlingas’ (Shiva Temples) in the country. 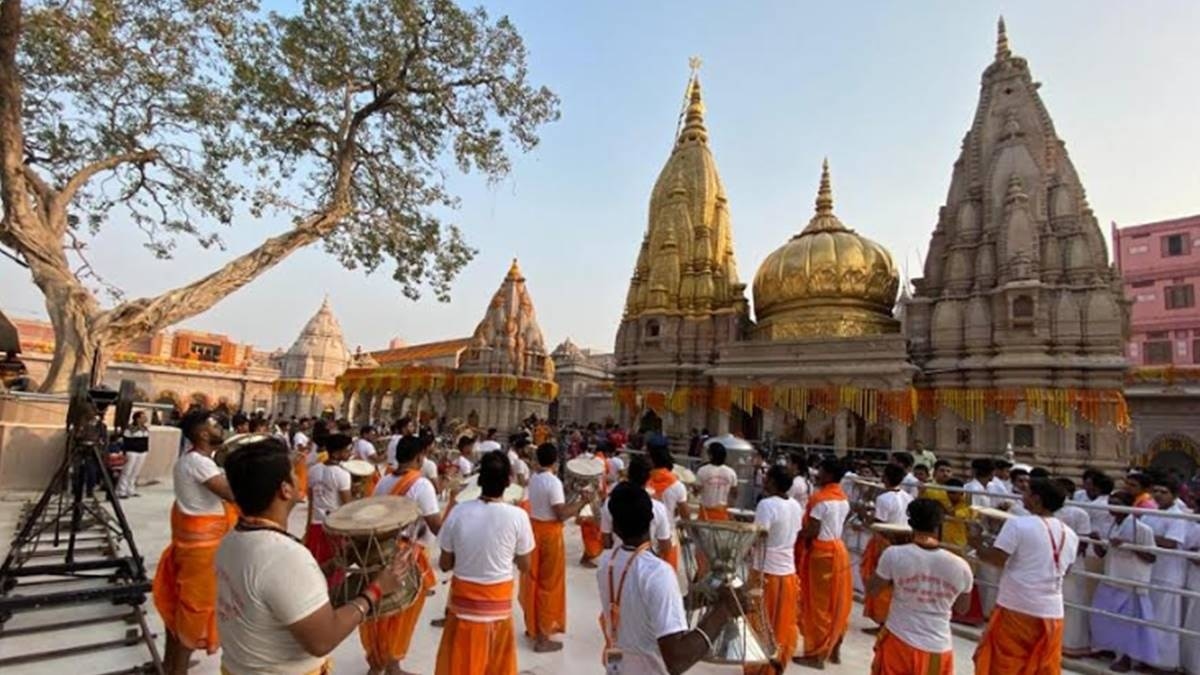 Samajwadi Party chief Akhilesh Yadav claimed the Kashi Vishwanath Corridor project was approved during his term and there was documentary evidence of it. He alleged that the BJP government had lined up a series of programmes to herald the start of the corridor only to deflect people’s attention from the failure to double the income of farmers.

Chief Minister Yogi Adityanath, in response to Akhilesh’s claims, said the Kashi corridor could not have been built under other governments.

“Would Congress have built the Kashi Vishwanath Dhaam? Would ‘Bua’ (referring to BSP chief Mayawati) have built it? And whether ‘Babua’ (referring to Akhilesh Yadav) would have sung songs of Lord Shiv?” Yogi said during a party meet in Etah. “If ‘Bua’ and ‘Babua’ were in power, the dream of Ram Temple and Kashi Vishwanath Corridor would have remained incomplete,” he was quoted as saying by PTI.