A historic trial has started in France over the 2015 Paris attacks which left 130 people dead.

The shooting and bombing assault by Islamist State (IS) group extremists was the worst post-World War Two atrocity in France.

The only surviving attacker, Salah Abdeslam, is in court with 13 other defendants at a purpose-built facility in Paris.

The trial is being described as the biggest in France’s modern history.

Over the next nine months, there will be over 140 days of hearings involving about 330 lawyers and 1,800 survivors and relatives of victims. About 300 witnesses will be heard, including François Hollande, French president at the time of the attacks.

Ahead of the trial, Mr Hollande told French media that this was an important moment for the victims of the attacks, which he described as an “act of war” at the time.

IS admitted carrying out the attacks on the Bataclan concert hall, a major stadium, restaurants and bars on 13 November 2015.

The suspects arrived at court in police vehicles under heavy security on Wednesday morning. They were seated together in the defendants’ box, wearing face masks, before the trial opened.

A short time ago, a half hour behind schedule, the defendants were brought in. Abdeslam came in last, dressed in a black T-shirt with a thick beard.

When the the presiding judge asked him to give his profession, he answered – a soldier of IS.

For the trial, half of the Île de la Cité – the main island in central Paris – has been sealed off by security forces. Inside the court there is a throng of police, lawyers, journalists, survivors, relatives of victims and psychological support staff.

There was that air of false ease that often precedes big trials like this, participants chatting apparently happily together, in reality on tenterhooks for the start of what promises to be a historic event.

Philippe Duperron, who lost his son Thomas in the Bataclan attack, said there were mixed feelings about the trial, not least impatience and anxiety.

“It will be the occasion for all the victims to bear witness, so it will be a very painful moment and bring back the pain again,” he said.

One survivor, Jérôme Barthélemy, said he wanted to hear how other victims had been coping since the attacks but didn’t expect the accused to speak.

Of the 20 suspects on trial, six are being tried in absentia. They are facing charges of murder, complicity, and terrorist conspiracy.

Most of the accused, including Abdeslam, could be sentenced to life in jail if convicted. 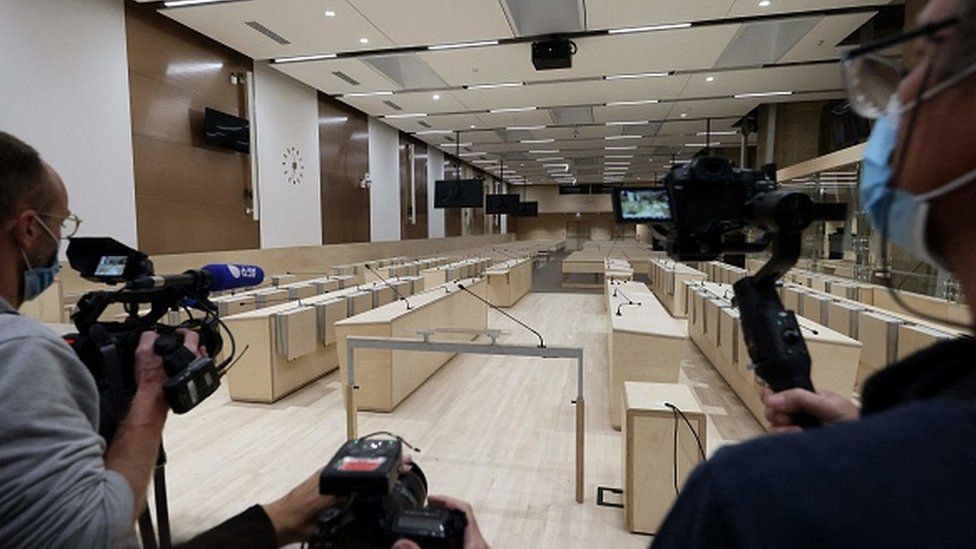 The courtroom has been specially constructed for the trial, said to be France’s biggest ever

Abdeslam, 31, is accused of providing logistical support to the assailants. Abdeslam fled the scene of the carnage after abandoning his suicide belt, which investigators later found to be defective.

Europe’s most-wanted man at the time, he was captured four months later in the Belgium capital, Brussels, after a shootout with police.

Abdeslam has since refused to co-operate with French investigators. He remained largely silent throughout a separate trial in Belgium in 2018. There is much speculation about whether he will speak during this trial.

The area around the court was blocked off and armed police with dogs were on patrol ahead of the proceedings.

Those attending the trial will need to pass through several checkpoints before being allowed into the specially built courtroom, which can seat hundreds.

The trial will be recorded for the archives, but will not be broadcast live. Survivors and relatives of victims, know as civil plaintiffs in France, will be able to follow along via streaming radio if they cannot attend.

The first days of the trial are expected to be largely procedural until victims are called to give testimony at the end of September.

Who are the suspects on trial?

Abdeslam is the only surviving member of the group suspected of carrying out the attacks. He has been in jail since he was arrested in Belgium in 2016.

The 13 other defendants appearing in court are accused of a range of crimes, including financing and planning the attacks. 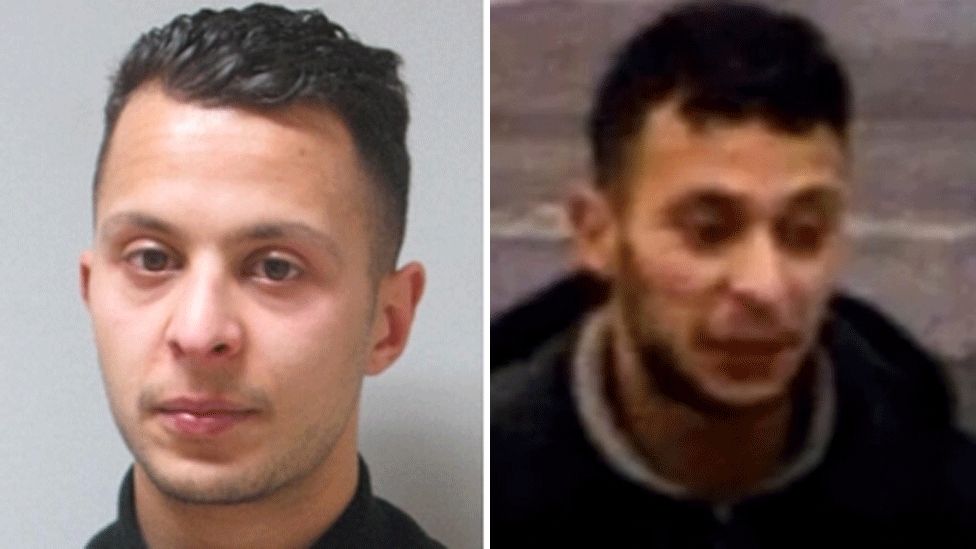 Among them is Mohamed Abrini, who is accused of financing and supplying weapons to the attackers. The 36-year-old is due to stand trial over the 2016 Brussels bombings next year.

Other suspects include Mohammed Amri, 33, and Hamza Attouh, 27, who was arrested in Belgium and admitted picking up Abdeslam in France and driving him back to Brussels immediately after the attacks.

Six more are accused of helping organise the attacks and will be tried in absentia. Several are thought to be dead.