Two men arrested by Bangladesh Police have confessed to inciting violence against the Hindu minority during Durga Puja festivities earlier this month.

Two men accused of inciting hatred have admitted to their role in the communal violence that erupted in Bangladesh earlier this month. In their statements to the courts, the duo confessed to instigating violence against the minority Hindu community.

Shaikat Mandal and Rabiul Islam are among the 683 people arrested by police in Bangladesh in connection with the violence. The duo were picked up during a police raid in Gazipur on Friday and booked under the Digital Security Act.

“Shaikat Mandal and his accomplice Rabiul Islam have admitted their role before a senior judicial magistrate Delwar Hossain in (north-western) Rangpur,” a court official was quoted as saying by news agency PTI.

Mandal, a philosophy student at the Carmichael College in Rangpur in Pirganj sub-district, was expelled from the ruling Awami League’s student wing, Chhatra League, following his arrest.

He told a magistrate on Sunday that his Facebook post triggered violence against Hindus in Rangpur during Durga Puja festivities on October 17. 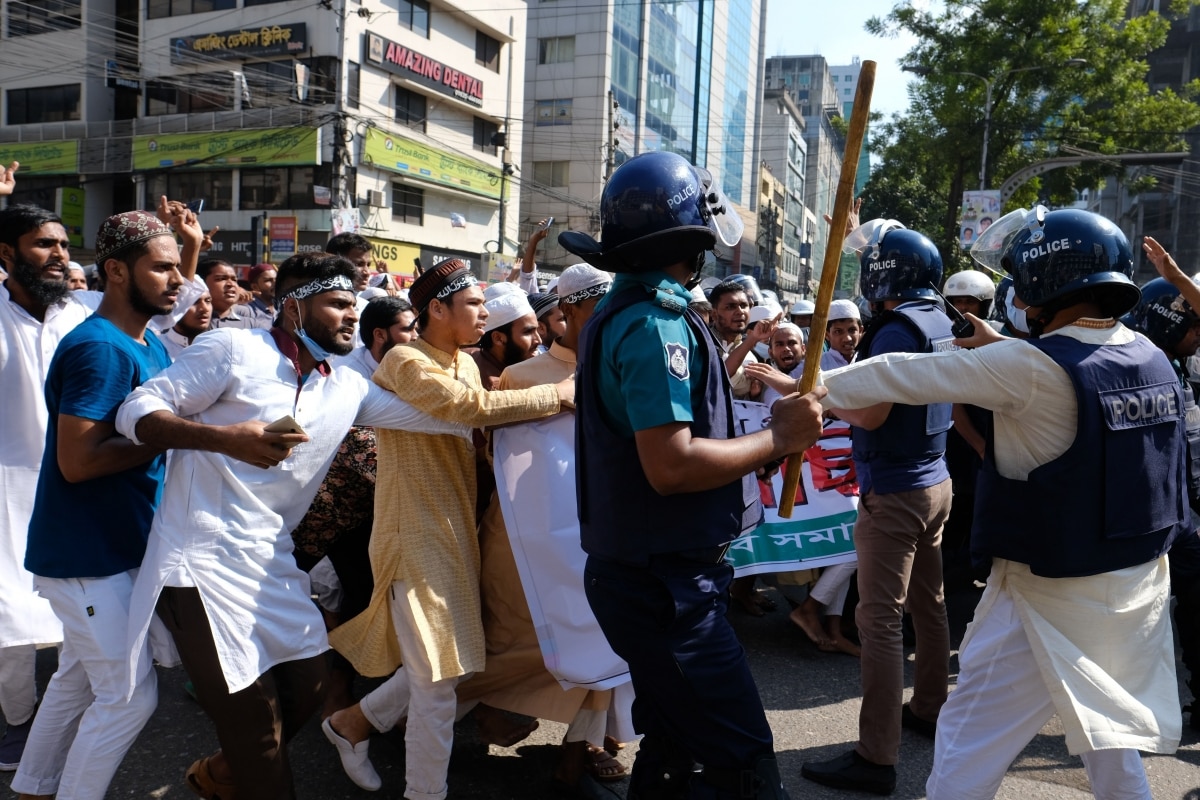 Mandal’s accomplice, Rabiul Islam, is a cleric. The 36-year-old has been accused of arson and looting.

In his statement to the magistrate, Islam confessed to making announcements on the loudspeaker that further instigated attacks against the Hindu minority.

Apart from Mandal and Islam, five other individuals have admitted to inciting communal violence during Durga Puja festivities in Bangladesh. The police have made a total of 683 arrests in connection with the violence.

Reports suggest that the violence was triggered by an alleged “blasphemous post” going viral on social media on October 13. As many as 70 homes of Hindus were attacked in parts of Bangladesh as a result.

Violence also broke out in Bangladesh’s Comilla after a copy of the Quran was kept inside a Durga Puja pandal.

Police later arrested a man identified as 35-year-old Iqbal Hossain in connection with the case. Officials revealed that CCTV cameras captured Hossain placing a copy of the Quran at the Durga Puja pandal and one Fayez Ahmed posted a video of the same on social media with the intention of instigating violence.