Rwandan President and Arsenal fan Paul Kagame has vented his frustration at the club’s shock defeat by a newly promoted club on the opening day of the English Premier League season.

Brentford, after a 74-year absence from top-tier football, beat Arsenal 2-0.

Mr. Kagame often comments on the Gunners – a club sponsored by his government.

After Friday’s away game, he tweeted: “We just must NOT excuse or Accept mediocrity. A team has to be built with a purpose to win-win-win.”

We just must NOT excuse or Accept mediocrity. A team has to be built with purpose to win win win. So that when we lose….it was not to be expected! I am sure we all know on whose shoulders the heaviest burden rests. I hope they know too or even accept it!!! End

In two further rapid-fire tweets, he demanded “a plan that really works” and lamented that “fans don’t deserve to kind of get used to this”.

Since 2018, the Rwandan government has had a controversial sponsorship deal worth more than £30m ($42m), which involves a “Visit Rwanda” logo displayed on Arsenal shirt sleeves.

Critics have said it is an example of the authoritarian leader of a poor, African country subsidising a wealthy football club. But the Rwandan government says the sponsorship more than pays for itself over in tourism revenue. 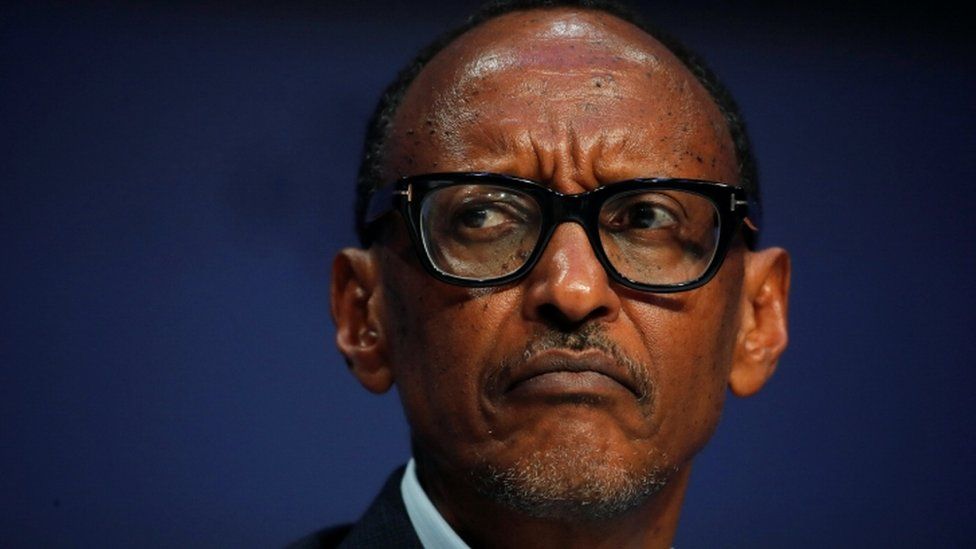 Under President Kagame, the landlocked country has recovered from ethnic strife and genocide in the 1990s. In 2018 the World Bank praised its “remarkable development successes”.

But Mr. Kagame has faced criticism at home and abroad over its political and human rights record.