Former Jammu and Kashmir Chief Minister and PDP President Mehbooba Mufti on Saturday (October 30) wrote to Prime Minister Narendra Modi about the recent arrest of Kashmiri students in Agra on charges of sedition and sought his intervention in the matter.

“I write to you with a deep sense of disappointment and concern about the alarming situation in Jammu and Kashmir. Not too long ago when you presided over an all-party meeting in Delhi you expressed your intention to remove “dill ke doori “between Delhi and J&K,” the letter reads.

Mehbooba added that in her capacity as the President of PDP she suggested a few Confidence Building Measures that would have provided a sense of relief and breathing space to the people of J&K.

“We had been waiting for the rollout of a policy to address the hearts and minds of people, especially youth. While the spree of raids, arrests, killings continue unabated the level of repression and state intolerance has touched a new low,” the letter reads. 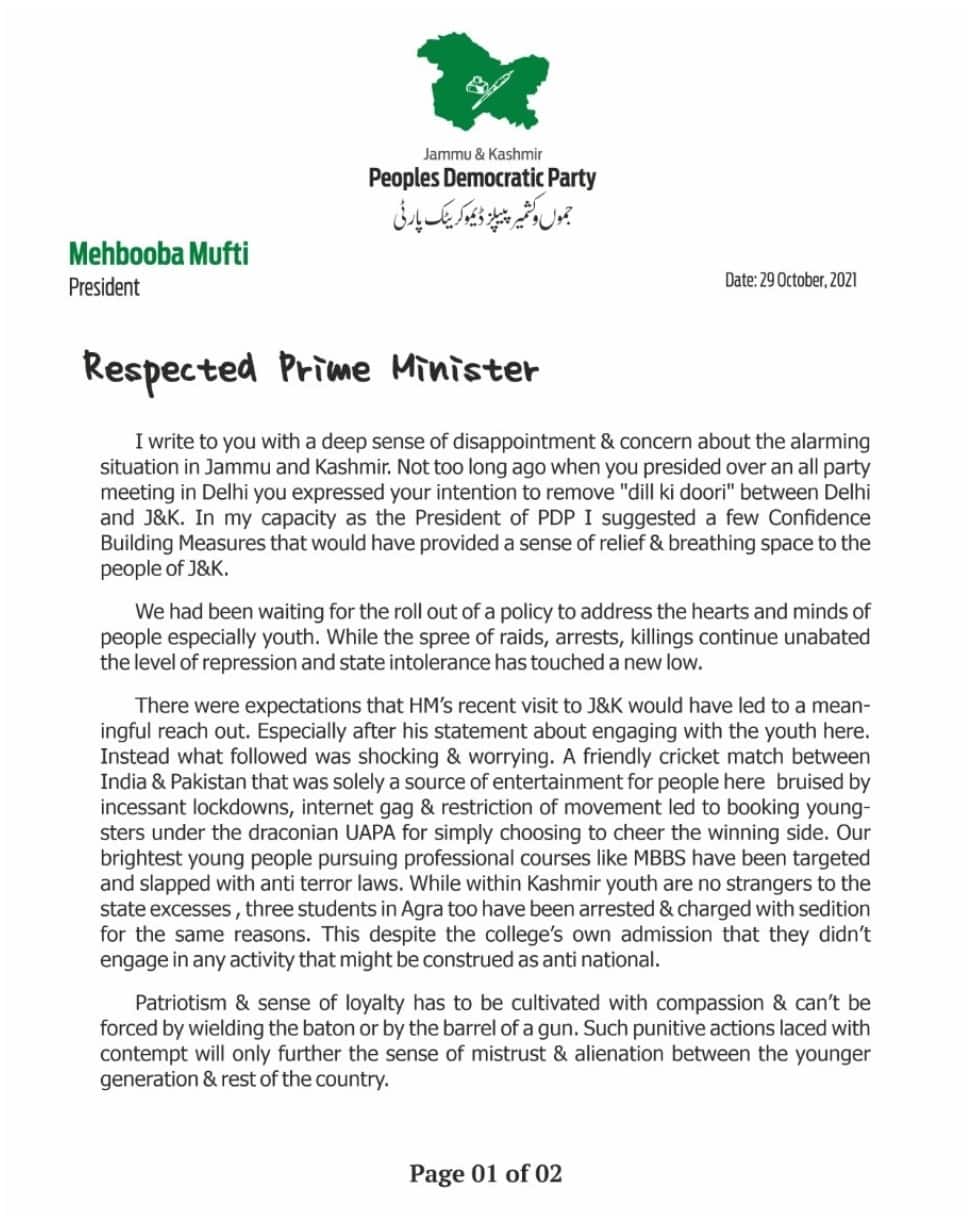 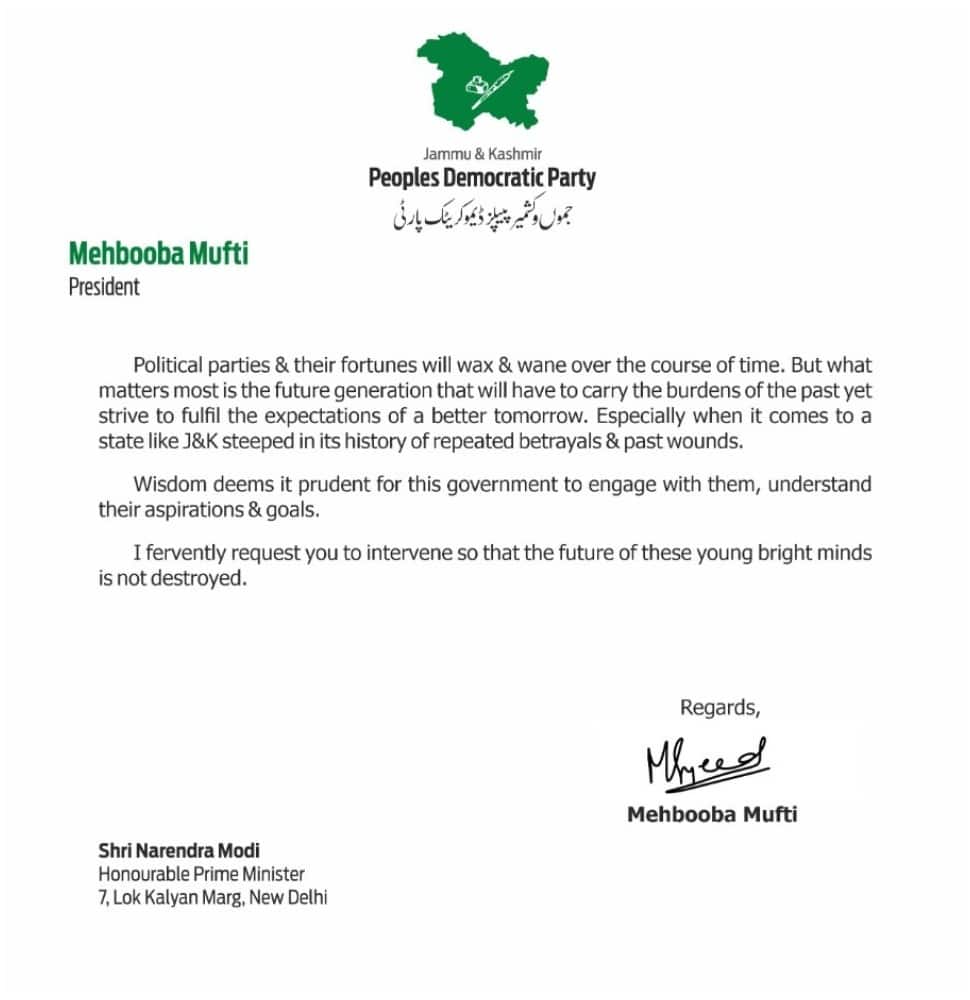 In her letter, she further said that there were expectations that HM`s recent visit to J&K would have led to a meaningful reach out. Especially after his statement about engaging with the youth here. “Instead what followed was shocking and worrying. A friendly cricket match between India and Pakistan that was solely a source of entertainment for people here bruised by incessant lockdowns, Internet gag, and restriction of the movement led to booking youngsters under the draconian UAPA for simply choosing to cheer the winning side.”

“Our brightest young people pursuing professional courses like MBBS have been targeted and slapped with anti-terror laws. While within Kashmir youth are no strangers to the state excesses, three students in Agra too have been arrested and charged with sedition for the same reasons. This despite the college`s own admission that they didn`t engage in any activity that might be construed as anti-national.”

She further wrote in the letter that patriotism and a sense of loyalty have to be cultivated with compassion and can`t be forced by wielding the baton or by the barrel of a gun.

“Such punitive actions laced with contempt will only further the sense of mistrust and alienation between the younger generation and rest of the country,” the letter reads.

“Political parties and their fortunes will wax and wane over the course of time. But what matters most is the future generation that will have to carry the burdens of the past yet strive to fulfill the expectations of a better tomorrow. Especially when it comes to a state like J&K steeped in its history of repeated betrayals and past wounds.”

“Wisdom deems it prudent for this government to engage with them, understand their aspirations and goals. I fervently request you to intervene so that the future of these young bright minds is not destroyed.”