When they raided a bungalow in Chennai owned by conman Sukesh Chandrashekhar, ED officials were startled at the brazen display of extravagance. Here’s what they found.

Shop Casual Streetwear Rs 2172/-
A raid by the Enforcement Directorate (ED) on a sea-facing bungalow in Chennai has led to some startling revelations. This bungalow deemed a ‘benaami property’, is owned by conman Sukesh Chandrashekhar.

Lodged at Delhi’s Rohini jail as an undertrial, Sukesh Chandrashekhar has been accused of extorting 200 crores from a businessman over a period of one year. He also has over 20 other cases of extortion against him and operated a racket from inside his jail cell, ED officials say.

The ED also raided the residence of Sukesh’s associate – Leena Maria Paul, suspecting her involvement in the case. Paul, an actor, has worked in multiple movies – mostly in Malayalam. She also had a part in John Abraham-starrer Madras Cafe.

ED sleuths raided the massive sea-facing bungalow owned by Sukesh Chandrashekhar in Chennai as part of the investigation on Monday. The bungalow itself is worth 10 crores.

Inside, officers were stunned to see the grandiose interiors of the bungalow, which also includes a mini-bar, movie theatre, home gym, and pool and rooftop recreational area. An official who was part of the raid told India Today, “Versace rugs lay on the floors fitted with Italian marbles. The rooms were filled with expensive furniture and the dining room had a sprawling table. The living room had massive expansive sofas with furry rugs on the floor.”

“Sculptures worth crores were installed in the house, which has golden walls with motifs and dim lighting on the low-hung ceilings. Chandeliers hung from the ceilings of several rooms,” the official added. 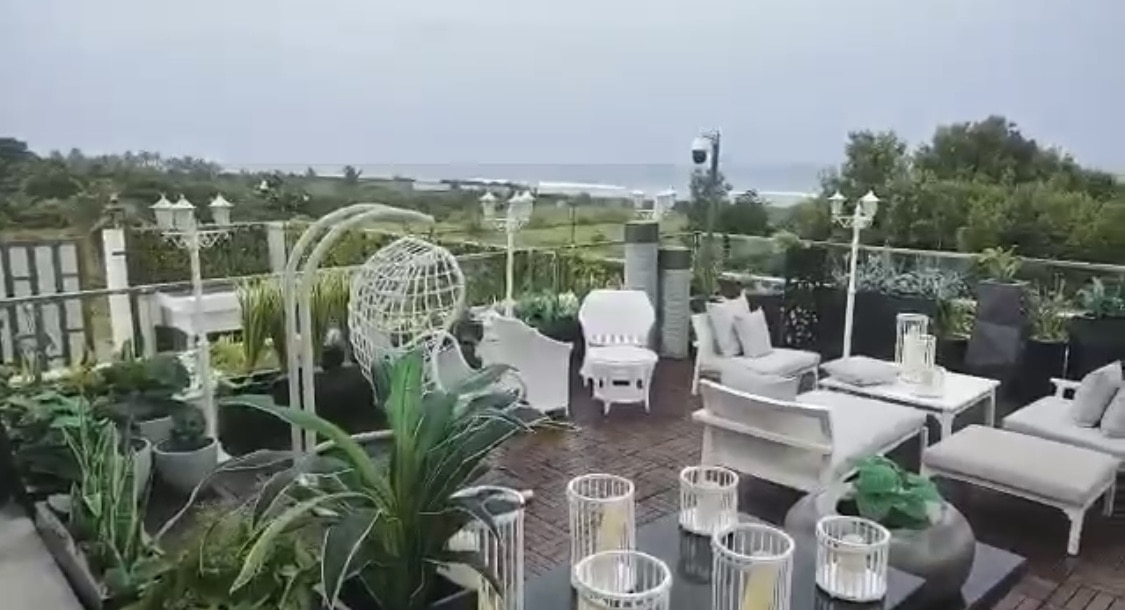 The official goes on to say, “A second bedroom has a sprawling bed in the middle with gym equipment on two sides – a treadmill, a stationary cycle and a rower, while the wall facing the bed has a huge TV. The movie theatre inside the bungalow has five recliners and five seats with a two-seater sofa. There is a fridge in the room for refreshments. The premises also house a massive white tent-like structure behind which is a huge pool.”

“The road leading up to the property was lined with Lamborghinis, Porsches, Rolls Royces, Ferraris, Bentleys, Mercedeses, BMWs and Land Rovers,” the ED official added. 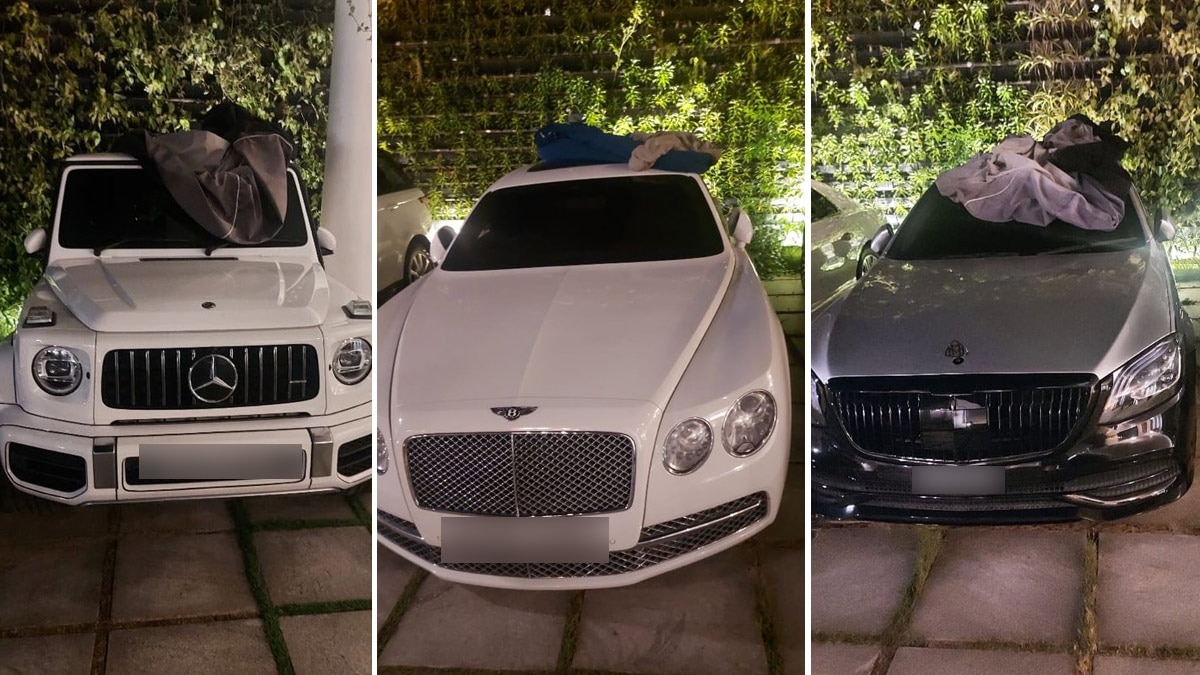 Hundreds of pairs of shoes, clothes

ED officials also found a walk-in closet with hundreds of pairs of shoes and clothes inside the bungalow owned by conman Sukesh Chandrashekhar.

The official told India Today, “We found a walk-in closet inside with clothes and shoes from various luxury labels, including, Ferragamo, Chanel, Dior, and Louis Vuitton, bags of the same brands including Hermes, a mini bar, a wine cellar, a movie theatre, a pool, gigantic chandeliers and uncountable Louis Vuitton bags all around the house.” 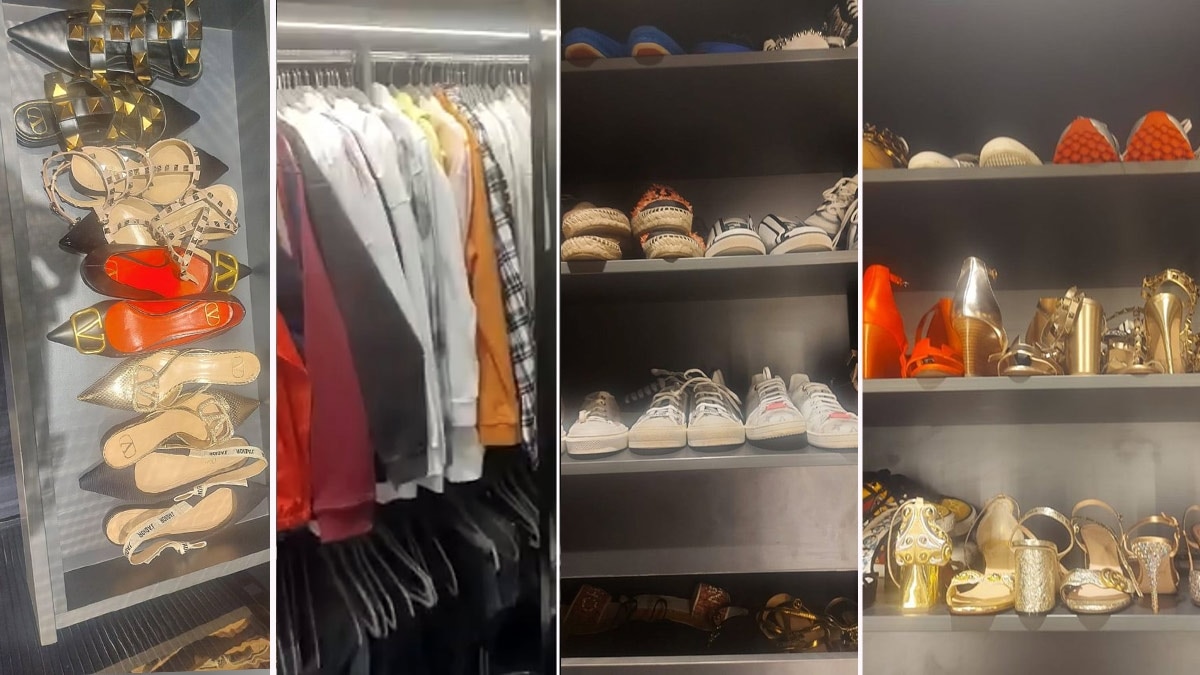 Asked how Sukesh Chandrashekhar ran this elaborate scheme from inside a jail cell, the official said, “He started out by procuring a mobile phone and used advanced technology to make spoof calls to his victims. The unaware victims believed they were answering calls from government officials, but they were in fact speaking to the hustler who was in jail.”

The conman also recruited a few senior jail officials to ensure that his scheme did not hit any roadblocks, the official revealed.

In addition, Sukesh Chandrashekhar had also roped in a banker – Komal Poddar, Vice-President of RBL Bank – and a few others to help him move the money around, while others part of the racket were tasked with the collection.

What led to downfall?

The lucrative scheme came crashing down as the ED caught up with Sukesh Chandrashekhar after receiving an anonymous tip-off. The agency soon found out that he had been amassing massive amounts of money from a businessman’s wife in exchange for “resolving” all cases against the businessman.

“He would ask the woman to bring the money to one location in Delhi – it changed every time – and then send his men to collect it from her. In the last one year, she sent him money nearly 30-35 times,” an Enforcement Directorate official said. He added that it took the agency some time to track Sukesh Chandrashekhar down since most of his masked calls were unmasked.

Once the ED found out about the conman’s accomplices, the agency raided the home of banker Komal Poddar and seized 82.5 lakh in cash and gold bars weighing two kilograms.

The Delhi Police’s Economic Offences Wing (EOW) registered a case against Sukesh Chandrashekhar and took him into custody as evidence continued to stack up against him. The two senior officials of Rohini jail working for the conman have also been arrested, the ED said.

A second FIR was registered against Sukesh Chandrashekhar after another complainant came forward. The Enforcement Directorate has filed a case under the Prevention of Money Laundering Act (PMLA) against the conman.